During summer our little town on the Adriatic Sea is full of tourists and what’s funny to see is that most of them are swimming in pools. For the locals that’s hilarious; why would anyone want to swim in the pool while the beautiful, clean and clear sea is just one jump away?! I mean, pools are ok but you never know who’s peeing where and you only have this bigger or smaller limited area to swim so they simply can’t compete with the infinity of blue salty water.

Talking to the people I found out that a big part of them prefers pools ‘cause they are afraid of sharks and other sea animals. Well, I agree that you should be afraid if you swim in South Africa but here in one small corner of the Mediterranean the chances that you get eaten by a shark is 1:1000000000. The sharks that live in Adriatic Sea are not dangerous for people and they live in deep sea parts so you won’t see them. The water temperature in summer is from 25 to 27 C (77 – 80 F) and the surface is very calm, there aren’t big waves unless the wind Bura is in action. What I’m trying to say is that the conditions are just perfect to jump into sea and swim.

That’s why I wanted to give you 3 sea animals that (from my perspective as a local) you should be most afraid of if you visit Istria and of course swim in the sea:

1. Sea urchin – Black and white sea urchins are very common on our beaches and rocks. Be careful ‘cause if you stand on them it can be very painful.

2. Snakelocks anemone – Mediterranean sea anemones are tricky little creatures, with their yellow polyps they can burn you pretty bad. They don’t move so you probably won’t have any problems with them if you watch where you step. 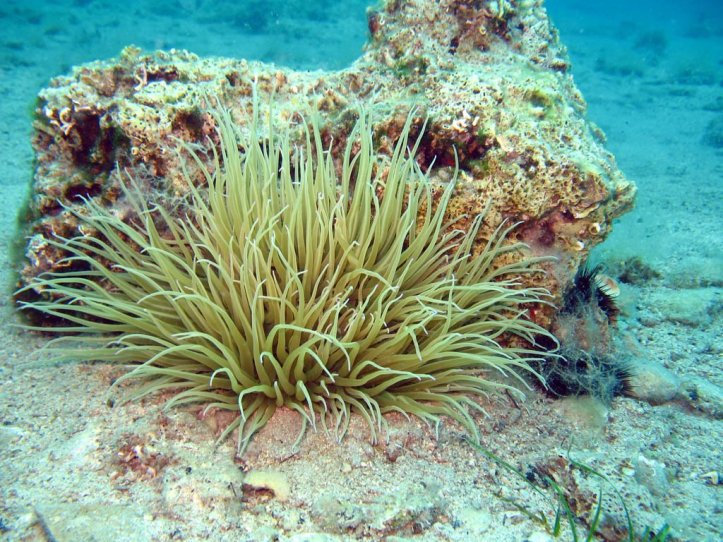 3. Jellyfish – this animals with a gelatinous umbrella-shaped bell and trailing tentacles can sometimes be seen near our coast. Don’t touch them ‘cause they are nesty and emit toxins. Luckily they aren’t present so often and because of the clearance of the sea you can see them and avoid if they appear near you.

Hope to see you in Istria, swimming and snorkeling in the sea… not just looking at it from the pool! 🙂 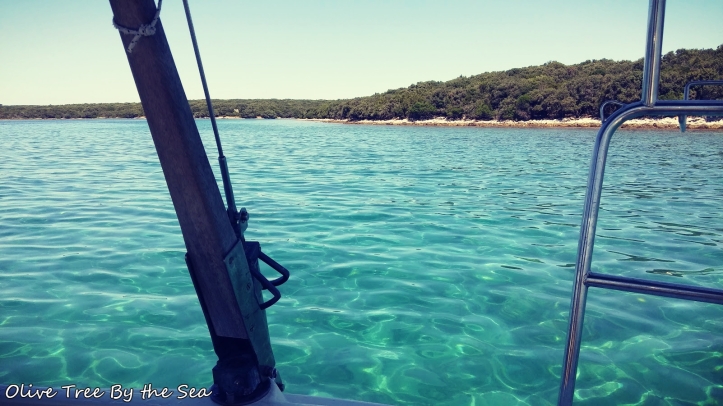 This blog is all about Istria and mediterranean lifestyle… sea adventures, tasty food and relaxed living.

We are two sisters and we’ll share our life adventures with you!

Mussels… From Sea to Your Belly

Tuna Steak on a Plate

A plate of grilled anchovies

Olive Tree By the Sea – OMG, it’s a Giant Jellyfish – a type of jellyfish called Sea lungs (Rhizostoma pulmo)
%d bloggers like this: